Musings From My Grandmother

Old wives tales followed me during my youth.

-Never sleep with a pony-tail or you’ll wake with a hole in your head.

-Don’t drink milk and orange juice or your stomach will curdle.

-If you have a cat, it will steal your breath in your sleep.

-Don’t sit in front of a fan or you will get rheumatism.

I laugh and scoff a little at the same time as I think over these things. I would call them the not-so-wise musings of a worried grandmother.  Although laughable, these were all given multiple times a day in love so that we would remember her voice after she was long gone. Her job was accomplished.

Her most famous saying is still being pondered after many years. She use to warn me not to lift heavy things.

“Put that down! You’ll hurt your innards!” she would holler at me any time I lifted something heavier than 10 pounds.

“Gram, I’m fine. I won’t get hurt,” I would try to ease her mind as she stood scolding and wringing her hands at the same time.

Just recently I realized why she slaved away at telling me to take care of my internal being. She was concerned over if I could have children later in life. You see, Grandma had over ten miscarriages.

Unsure of which one it was, but after nearly nine months of pregnancy, my grandparents were in a car accident. They lost a third trimester infant and their world broke. They never admitted this tragedy out loud, but blame was placed everywhere instead of the Lord being sought for comfort.

After ten losses, my grandparents adopted an infant who would later become my mom.

It was a blessing and a hard pill to swallow at the same time when my mom replaced an infant from my grandmother’s womb. Although loved poured down, so did trying times and a lack of emotional connections between family members.

My aunt was adopted a few years later and their family was complete. Loss still grieved a woman who grew up with 13 brothers and sisters. Her life remained broken until her grandchildren came along. Grandma was my very favorite person. Taking care of us was her number one priority and it surely wasn’t a reflection of how she cared for her own children.

As I grew older, I would hear my grandma praise my mom’s accomplishments and how smart she was. She would declare my mom’s beauty and dedication to achievement. My mom never heard these words until I told her. She needed to understand that she was not forgotten.

Thinking about these things I realize that by telling me to take care of myself and treating my mom in a negative manner over her own youth was a way of her living in her bondage to loss and grief. She never fully recovered no matter how much she claimed my mom and aunt as her own.

The advise I received, although I do lift much heavier things than 10 pounds, is priceless. Taking care to achieve a legacy and fruitfulness according to the Lord’s will is a high priority. Grandma loved Jesus despite her bitterness and she wanted to see us flourish.

The simple believes everything, but the prudent gives thought to his steps. I often sleep with pony-tails and buns in my hair. I have owned a cat the majority of my life. I combine orange juice with dairy frequently. You will find me in font of a fan nearly every day. I am doing well as I remember this sweet lady. I also take care not to hurt myself and I typically stick to my limits.

Missing my grandma, I wonder what musings she would toss at my children. They would probably be something we giggled at later on all the while loving that woman who cared so very much.

In the meantime, I pray that my mom has found healing from the hard childhood she led and can see past the pain to the brokenness it came from. 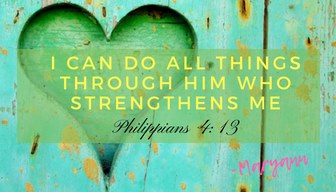 If you like to read more about memories of the my grandparents, please follow any one of the following links from my blog ComingtoLight.org:

You can also read the following post here at TellingHeart.blog:

You are invited to follow this link to ENJOY the posts by other sisters of Telling Hearts, to read about WISDOM that was shared with them, by an older woman.Best Advice from an Older Woman; collaborative series introduction